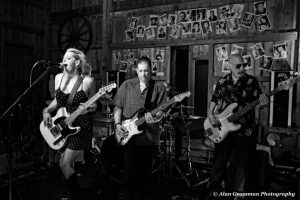 iCal
Join us Saturday, January 1st , 8pm-11pm, for live music by Skyla Burrel.
Skyla Burrell was born in Los Angeles and raised in Orange County, California. Skyla formed her first band at the age of 13 and has been a working musician ever since. Skyla played with several bands as a teenager and young adult, working her way up and down Southern California. She relocated to the East Coast in her early 20’s where she continued learning and growing from her musical experiences and eventually co-forming the Skyla Burrell Band. In addition to her singing, writing and guitar duties, Skyla also plays the piano.