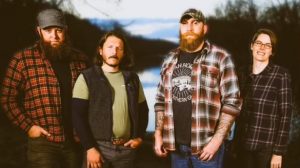 Join us on Friday, August 19th, 8pm-11pm for live music by Low Water Bridge Band!
Born on the banks of the Shenandoah River, the Low Water Bridge Band got their start at a late-night jam. Picking tunes around the campfire, it was clear that a band was in the making. The band continues to evolve from the Watermelon Park Bluegrass Festival campsite. Adding talented band members and unforgettable original songs, Low Water Bridge Band’s sound shakes the mountains, rumbles through the holler, and fills the river bottoms.
© 2022 Monk's BBQ
Website Developed by Wicked Design