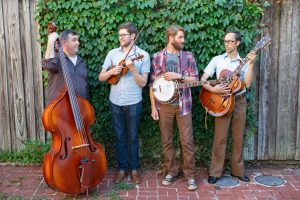 The High & Wides, like the large-haul trains for which the band is named, project a big, driving sound—mountain musical traditions re-imagined for a new century. Formed on Maryland’s Eastern Shore in 2015, they write music about arson and hourly motels, dystopian love songs, and ballads of violent history.